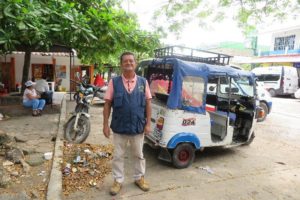 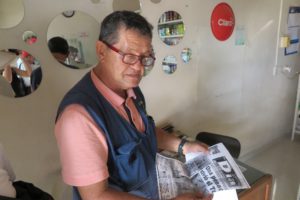 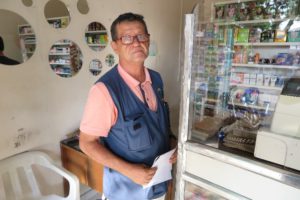 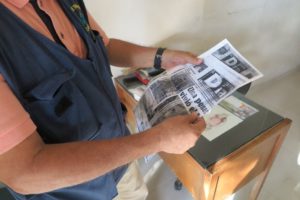 On the 16th of November 1999, at 11:30 p.m., the FARC entered (tomó el pueblo) Prado in the night. They had left again by 4.00 a.m. During that night, the FARC had also entered, raped, robbed and murdered people from three other villages in the area; Dolores, Villarrica and La Arada.

Joiro Gomez was in his house in Prado, when the FARC came to hijack the village. Joiro lived with his wife and his three children of 2, 5 and 12 years old. Joiro feared for the safety of his wife and his kids. He told me that the FARC-combatants went into his house and robbed everything they had. Thankfully, Joiro and his family weren’t exposed to physical violence. Joiro feels forgotten and abandoned by the government, since he never received help or the compensation that he was promised. “I’m a victim”, he said. 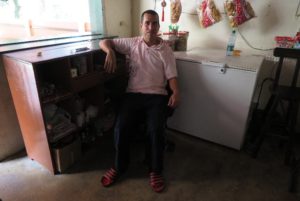 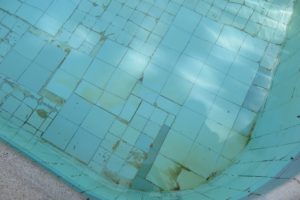 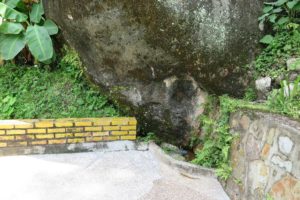 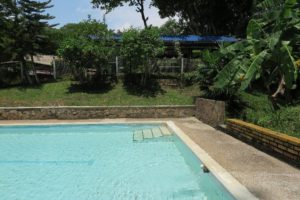 Manuel Gonzalez Palacios was 20 years old when the FARC came to hijack Prado. Manuel studied in a bigger city far away from Prado, but on the night of the 16th November 1999 he returned home to visit his family. “It rained that night”, he remembers. He also remembers that the electricity went off, and he was  woken up in the night by the sounds of gunshots and bombs. “Listen mom”, he said, and woke up his mom. “It’s nothing”, she answered. Manuel lived in the mountains outside the village itself. Fortunately, the FARC never came all the way to his house.

Now Manuel works at a natural pool, which also existed in 1999, before the FARC came to “take the village”. On the night of the hijack, a bomb was thrown into the pool. 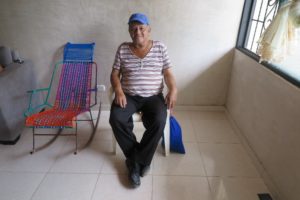 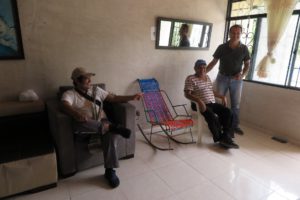 In these pictures you can see three men who consider themselves ‘líderes’ (leaders). Orlando, Miguel and Manuel fight for their community improvement and development. They are part of a bigger political group in the community, called #CONDEcisión. The political group supports a female leader called Sandra Conde, rallying to make her the first female mayor of the village for the elections in October 2019.

They are not satisfied with the present mayor and tell stories about him drinking too much and spending money corruptly.

They are aware that being politically active in Colombia can be dangerous, but that doesn’t stop them. “It’s a risk”, they said. 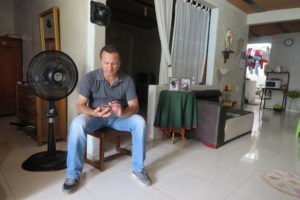 Miguel Angel Sünchez Penagoz is a retired police officer. In 1990 he went to Medellín to fight the drug war and Pablo Escobar. This meant that he was not in Prado during the night when the FARC “tomó el pueblo”.

During the 16th and 17th of November the assassination-target was the police that had been sent to Prado to protect the village in response to the threats. The FARC captured seven police officers. In the end of the night they forced them to run around naked in Plaza Santander, the central park of the village. Here the combatants of the FARC shot after them and killed 7 police officers.