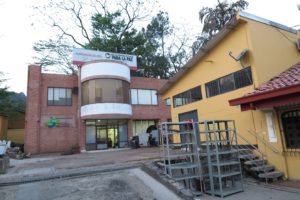 The picture shows the Social Enterprise of the State E.S.E. “Health Solution” placed in Villavicencio, the biggest city and capital of the Meta department. In 2010, Villavicencio had an urban population of 407,977 inhabitants. It has a warm and humid climate with average temperatures of 27 ° C. The city is 86 kilometers south of the capital of Colombia, Bogotá, and it takes around two and a half hours by the Autopista al Llano.

The mission of the E.S.E. “Health Solution” is to provide safe and comprehensive health care to the urban and the rural population of the department of Meta. The emphasis is on the prevention of diseases and the promotion of health. 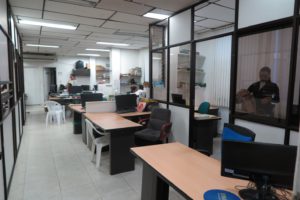 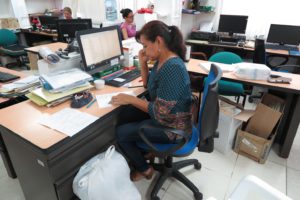 This is Adela Patricia Ruiz Sabogal. Adela has worked in the E.S.E. “Health Solution” for the last ten years. Adela receives data when inhabitants of Meta visit the doctor or hospital. Her role in the organization is to oversee the management of the 17 hospitals in the region, and to make sure that doctors have the tools and recourses to provide satisfactory health services. Adela receives data about all the patients’ diseases. For example, Adela explained that she receives data about the number of people who intend to commit suicide and are victims of sexual abuses. A part of Adela’s job is to visit the 17 hospitals occasionally to make sure that everything goes as it should. 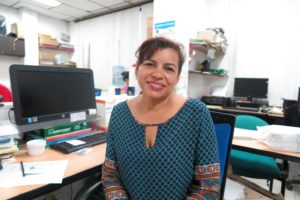 Adela was born and raised in Villavicencio, and lived in Villavicencio during the years of the armed conflict in Colombia. However, Adela doesn’t claim to have been directly affected by the violence of the conflict, since the habitants of Villavicenio were not in direct danger as long as they stayed in the city and didn’t leave.

“We couldn’t leave for a weekend to the countryside, neither travel to other cities. Those, who had farms, couldn’t go to their farms”.

Adela explained that the reason the habitants couldn’t leave was due to the many kidnappings which occurred along the highways, which spread fear amongst the community. For example, at one point along the highway between Villavicencio and Bogota there was a checkpoint where guerilla soldiers would stop passing cars in order to find out who they were and how much they were worth, in order to kidnap or demand an amount of money. This fenonemen is known as ‘pescas milagrosas’, which means ‘miraculous fishing’. The habitants of Villavicencio could only escape the city by plane for three to four years, according to Adela.

However, Adela was later able to leave Villavicencio for the control of the 17 hospitals. She explained that the guerillas didn’t bother them when they came in a uniformed group. Adela told of a time she remembers hearing bombs in the mountain while visiting a hospital of the village La Uribe.